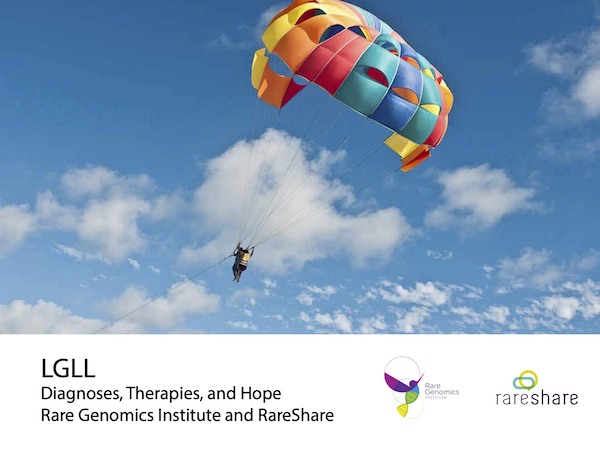 This e-book was compiled by the RG Scientific Analyst Team, which consists of highschool and undergrad students from across Canada: Riling Chen, Jessica Fung, Dororthy Qian, Vicky Xu and Deifilia To-Led by Henry He and Supervised by Deepa Kushwaha, PhD, Scientific Director

Large granular lymphocyte leukemia (LGLL) is a rare disorder that compromises the immune system by affecting lymphocytes. LGLL can affect T-cells, or less commonly, natural killer (NK) cells. Most of those affected are older adults, but LGLL can occur in people of all ages. Generally, symptoms include a decline in red blood cells and neutrophils, often resulting in recurrent infections. Commonly identified clinical features of LGLL patients are rheumatoid arthritis, Felty's syndrome, and splenomegaly. Diagnosis of LGLL is performed through a full blood count followed by a biopsy to observe the number of enlarged lymphocytes. Currently, the most common treatment for LGLL is chemotherapy, however, research is being performed on new methods of curing this disease.