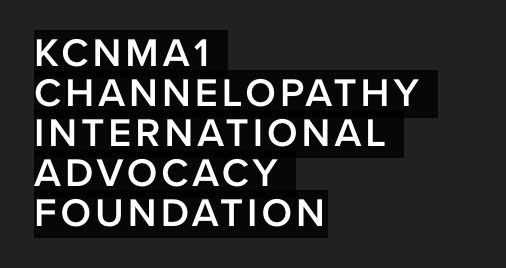 One of the diseases featured on the Netflix Diagnosis program was KCNMA1-linked channelopathy, an illness characterized by sporadic seizures and limpness.  Dr. Andrea Meredith, Associate Professor of Physiology at the University of Maryland, who studied similar disorders for over 20 years participated in the show. The disease belongs to a larger category of disorders known as channelopathies, where defective cellular ion channels interfere with the normal electrical activity in the brain, muscle, heart and other organs.  KCNMA1 is the name of a gene associated with a specific type of potassium ion channel. Patients with KCNMA1-Linked Channelopathy typically experience seizures, movement disorders and developmental delays.

Alli is a 3 year-old with KCNMA1-Linked Channelopathy and was connected to the Diagnosis team and Dr. Meredith during filming.  For Alli, sporadic seizures began to appear at two months of age along with signs of developmental delays. Two epilepsy medications, Keppra and Onfi, were tried and proved to be ineffective. Genetic testing later revealed KCNMA1-Linked Channelopathy, a relatively unknown disorder. Dr. Meredith’s lab began studying Alli’s gene mutation, which caused a dysfunction in the amount of potassium that could flow through her ion channels.  After consulting with a neurologist, Alli began a dietary regimen including DHA (docosahexaenoic acid), an omega-3 fatty acid supplement.  It has significantly reduced her tremors and helped with her coordination.  She still experiences seizures, is moderately autistic, but is making noticeable progress with social interactions.  She remains strong and optimistic through her struggles.

Presenting a story on the disease in Diagnosis focused attention on this very rare disorder, estimated to affect 1 out of 100,000 people.  Says Dr. Meredith, “I saw how important it was for the parents and patients to understand what was happening to them.”  Since the show, the families, Dr. Meredith and others have co-founded the KCNMA1 Channelopathy International Advocacy Foundation (KCIAF) https://www.kciaf.org.  They hope that KCIAF will be able to help families and neurologists find and communicate with each other to improve the lives of patients with this debilitating disorder.  A new RareShare community has also been started to facilitate the exchange of information.

Such patient stories put a face on a relatively obscure disorder with real consequences, providing an impetus for researchers to search for better understanding and potential cures.  The identification of patients has led to the characterization of specific genetic mutations underlying KCNMA1-Linked Channelopathy. Currently, about 50 patients are known worldwide and medical understanding of the disorder is still evolving.  On the whole, the awareness raised for KCNMA1-Linked channelopathy, helped by a television program, has been quite beneficial.